Constructed in 1932, the Afsluitdijk, which runs from Den Oever in North Holland province of the Netherlands to the village of Kornwerderzand in Friesland province, has protected large parts of the country for generations against flooding from the Wadden Sea and the IJsselmeer freshwater lake.

But after more than 85 years in service, the 32 km dam no longer met current requirements for flood protection and water discharge and required major reconstruction. To address the ever-present danger, Rijkswaterstaat determined that it was essential to reinforce the Afsluitdijk to ensure the Netherlands can withstand the global increase in extreme weather. After the dike has been reinforced, the dike and its structures can withstand a storm that occurs once every ten thousand years.< 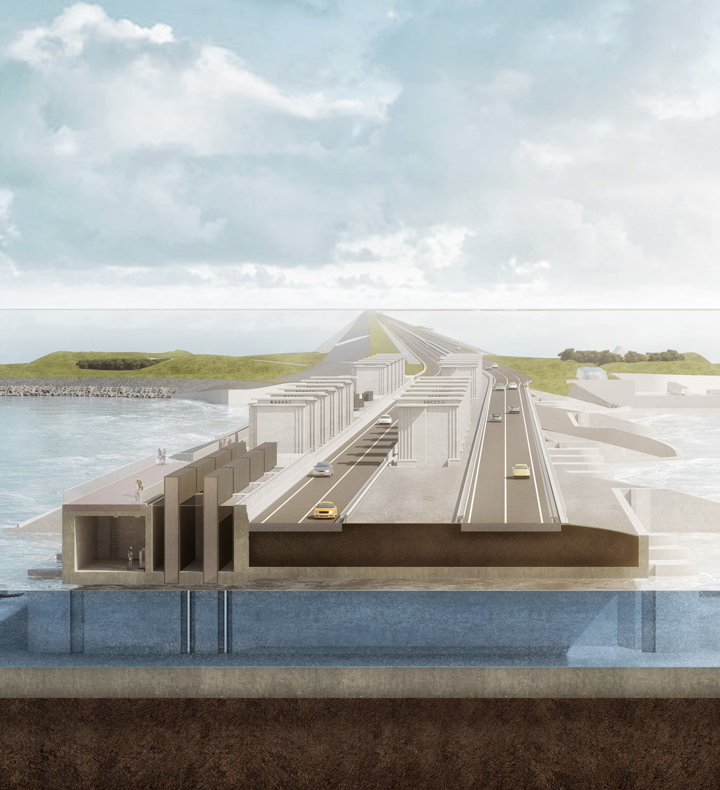 The competitive procurement process began in 2016 to find a consortium with expertise in marine infrastructure to design, build, finance and maintain  (DBFM) the project. Invesis – as part of the Levvel consortium, comprising Van Oord (with Aberdeen) and Rebel were awarded the contract in 2018.

Rijkswaterstaat selected the tender based on Most Economically Advantageous Tender (MEAT) criteria, which enabled the client to evaluate plans from across the market and find a tender which provided high value. Levvel was awarded the project, as the tender submission best reflected the client’s desirable qualitative, technical, and environmental requirements. Our team are experts in developing innovative solutions and building long-term relationships to make sure we solve your investment and development challenges. Meet the rest of our team and get in touch with our experts to discuss your project requirements.

“The Afsluitdijk project is an extremely significant project which will create a number of benefits for the area. It will further enhance the safety of a large part of the Netherlands which is clearly the number one priority. However, the innovative approach which the team is taking means that the spin-offs in terms of the local environment and the area’s tourist appeal are also considerable.” Project Director Johan Vergeer. Investing in and developing marine infrastructure, to protect the Netherlands from the effects of climate change. The project constitutes a 30-year public-private partnership arrangement between Levvel and Rijkswaterstaat, procured under the Private Finance Initiative. The consortium carries construction and availability/performance risk.

Reduction of energy consumption was a key part of the Afsluitdijk design. Two large pumping stations at the Den Oever side of the project produce a flow rate of at least 235 m3 per second. The energy used by the pumps will be generated in a sustainable manner using solar power on and around the Afsluitdijk.

One of the most innovative elements of the Afsluitdijk project are the 6,500kg Xbloc+. 75,000 of these armour blocks have been placed along the causeway of the Wadden Sea to heighten and reinforce the Afsluitdijk. The Xbloc+ was specifically designed for the project, as it has the same wave breaking capacity as other armour blocks but are produced sustainably. Approximately 200,000 cubic meters of concrete is saved when creating the blocks, resulting in a CO2 reduction of 56%.

As well as enhancing the Afsluitdijk pivotal role as a protective barrier against the sea, the new structure will also make a major contribution to the local economy, creating employment for approximately 900 people, around 100 of whom will be jobseekers with previously limited employment options.